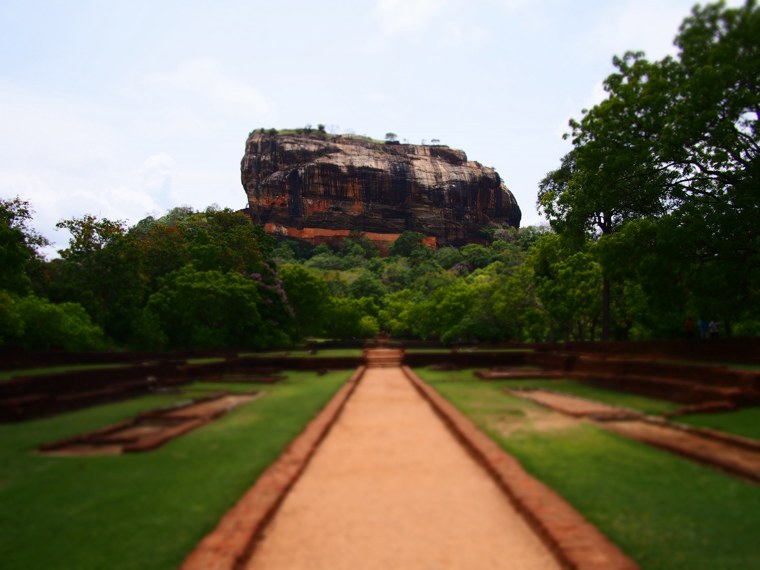 After two bus’s and a tuk tuk we arrived in the surprisingly cute town of Sigirya. Sigiriya is famous for its 200 metre high red stone fortress and palace ruins which are surrounded by the remains of an extensive network of gardens, reservoirs and other structures. It is also renowned for its ancient paintings (frescoes). The rock was used as a rock-shelter mountain monastery from about the 5th century BC, with caves prepared and donated by devotees of the Buddhist Sangha. The complex was built by King Kasyapa (477 – 495 CE). Fearing an attack, Kashyapa moved the capital and his residence from the traditional capital of Anuradhapura to the more secure Sigiriya.