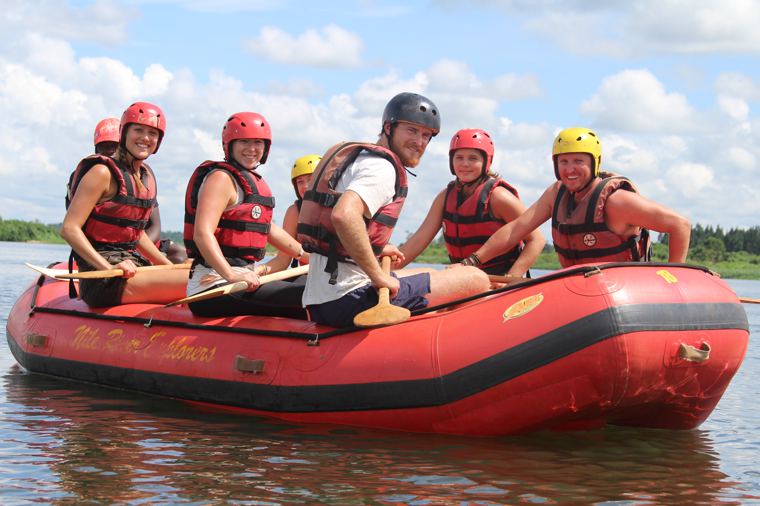 Jinja was formerly a fishing village that benefited from being on long-distance trade routes. Jinja once had a large East Indian community until they were expelled from Uganda by Idi Amin in 1971 and 1972. Much of Jinja’s architecture is Indian-influenced, although the detailed shop-fronts and buildings were poorly maintained after the Indians left. Local industrial concerns also collapsed. We set up camp at Nile River Explorers Camp right on the banks of the mighty Nile and the next day hit the source of the Nile. White water rafting down the grade 5 rapids on the Nile was amazing. Our rafts name was called ‘Tim-Tim’, due to there being 2 Tim’s on board, and both Tim’s sitting at the front of the raft to powerhouse down the rapids. We flipped three times with the river sweeping us through and spitting us out. With a tropical storm making things even more interesting, we found that the Niles water temperature was warmer than the rain, hence photos of us splashing around.