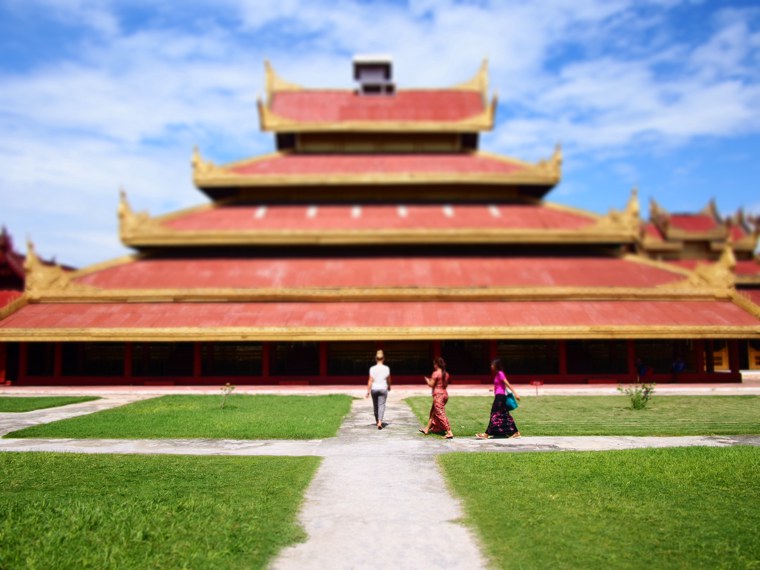 Arriving in Mandalay, Sarah and I took to the streets once again on bike. Cycling around cities or towns we get to appreciate and see a lot more. This place was busy and there was a huge amount to see and do in the area. First we visited the Mandalay Palace, the original magnificent palace was destroyed by fire during World War II. Even though the Palace has been rebuilt the city gates with their wooden pavilions and surrounding moat still represent an impressive scene. Unfortunately the reconstruction has used forced labor, as we found out after our visit.