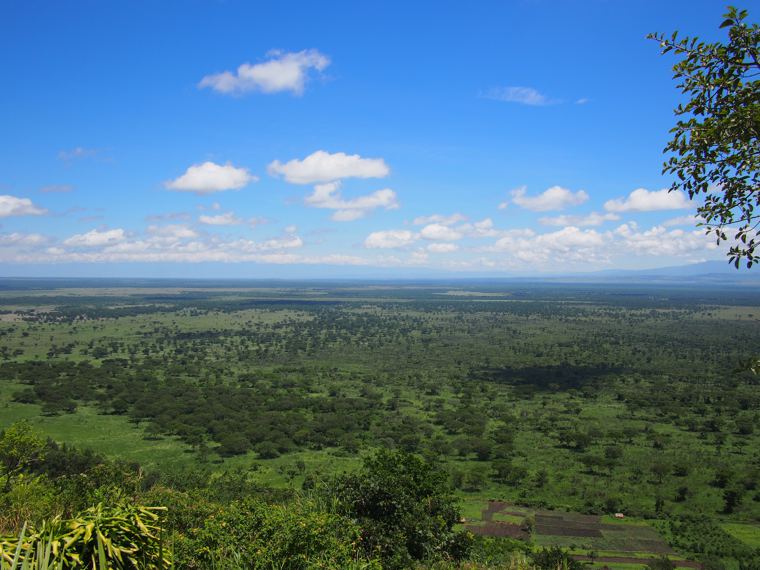 Leaving Lake Bunyoni, we ventured to the Queen Elizabeth National Park, where we spent the next 2 nights. The Queen Elizabeth National Park is Uganda’s most-visited game reserve. It lies in the west of the nation and occupies 5 000 square km from Lake George to Lake Edward around the Kazinga Channel connecting them. The park is named after Queen Elizabeth II and was established in 1954. It is known for its abundant wildlife, although many animals were killed by poachers and in the Uganda- Tanzania War. Now protected, many species have recovered, including hippopotamus, elephant, leopard, lion and chimpanzees; and it is now home to 95 species of mammal and over 500 species of birds. The park is also famous for its volcanic features, comprising volcanic cones and deep craters, many with crater lakes such as Lake Katwe, from which salt is extracted. Due to the volcanic craters, grassy plains and tropical forest, it has one of the highest biodiversity ratings in the world. We enjoyed a great river cruise down the Kazinga Channel and a morning game drive in the park, where we spotted a great selection of wildlife and birds.